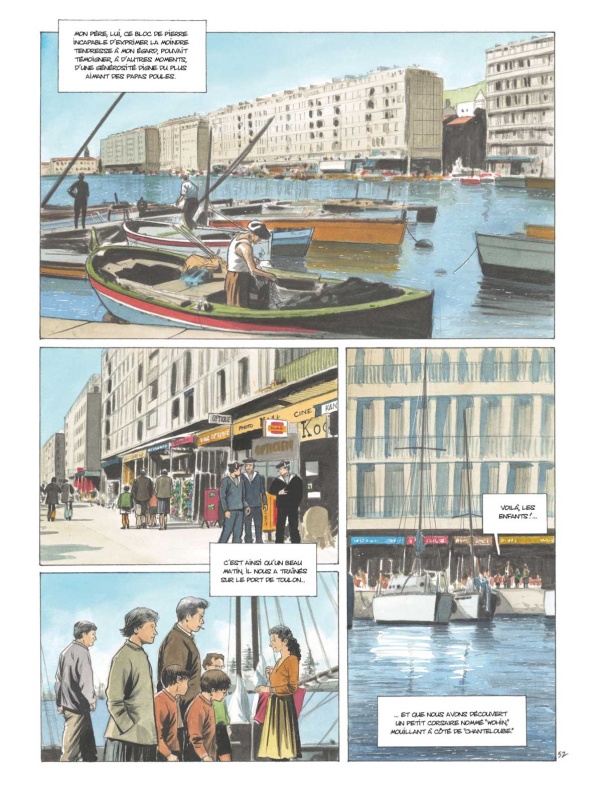 Serge Fino had his professional breakthrough in 1994 with 'Les Soleil Rouges de l'Eden', a trilogy in cooperation with writer Hervé Poudat for Soleil Productions. It was followed by the heroic fantasy series 'Les Ailes du Phaéton', that he created with Didier Tarquin in 1997. He made nine books of the series until 2004, while Tarquin was replaced by Didier Crisse and Isabelle Plongeon, subsequently. He additionally made two books of the sci-fi thriller 'Starblood' with Simon Rocca in 1999 and 2000, and 'La Couronne de Foudre' with Brice Tarvel in 2001. Since 2010, he has worked on a regular base with writer François Debois. Together they created an adaptation of the Anatole Le Braz novel 'Quand souffle le vent des îles' in the collection 'Histoires de Bretagne', and the graphic novel series 'Les Chasseurs d'Écume'. Although mostly associated with Soleil, Fino has also worked for some other publishers. For Clair de Lune, he created the series 'John Sorrow' with Georges Ramaïoli in 2005. He made a book about the history of the Provence for Éditions du Signe in 2012 and started 'Les Maîtres Saintiers' with Laurent-Frédéric Bollée for Glénat in 2015. Text (c) Lambiek
Go to Serge Fino's page
Remove from favorite artists  Add to favorite artists
To leave a comment on that piece, please log in

I love you - Les guêpards