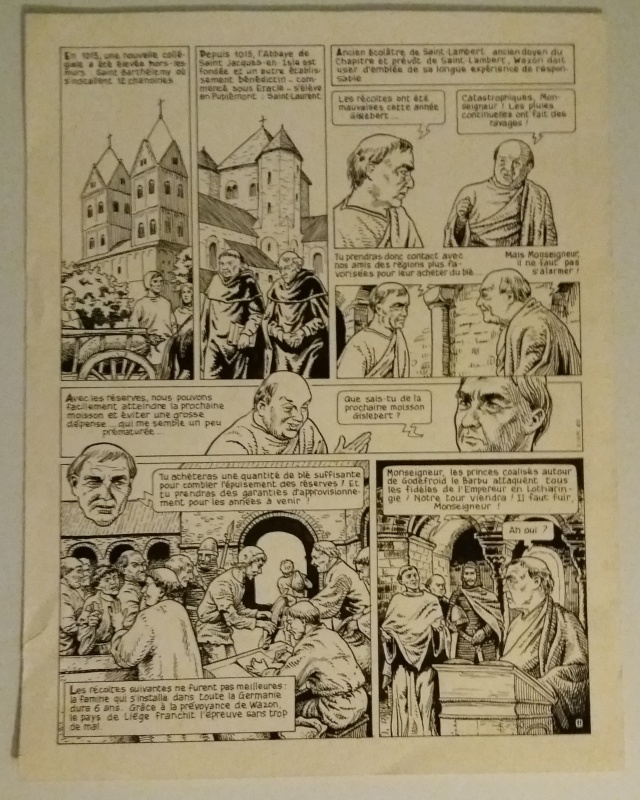 Khoa Nguyen Vinh, who signs his work Vink, was born in Vietnam in 1950. He studied Journalism in Saigon, before moving to Belgium in 1969, where he took classes in Medicine and Teaching. In 1975 he changed course and commenced a study in Fine Arts with a specialization in Illustration in Liège between 1975 and 1978. It was there that he met his wife Claudine (Cine), with whom he has cooperated on a variety of comics projects as well. Vink made his professional comics debut in Tintin in 1979 with several stories based on Vietnamese tales and legends. These short stories were collected in the album 'Derrière la Haie de Bambous' in 1983. With writer Michel Dusart he created the album 'Pays de Liège, Vie d'un Église' for the mission in Liège, as well as the humorous 'Deux Hommes dans la Neige' in Vers l'Avenir. For the new version of Charlie Mensuel, Vink began 'Le Moine Fou', his series about ancient China, in 1983. Created over the course of 15 years, it was collected in ten books by Dargaud. While working on this series, he briefly switched genres and drew the graphic novel 'Une Luciole dans la Ville' in 1989. He subsequently created 'Les Voyages d'He Pao', of which five books were published between 2000 and 2010, and in 2003 and 2004, he additionally created the diptych 'Le Passager'. In 2011, he illustrated the comics documentary 'Sur la route de Banlung' Text (c) Lambiek
Go to Vink's page
Remove from favorite artists  Add to favorite artists
To leave a comment on that piece, please log in