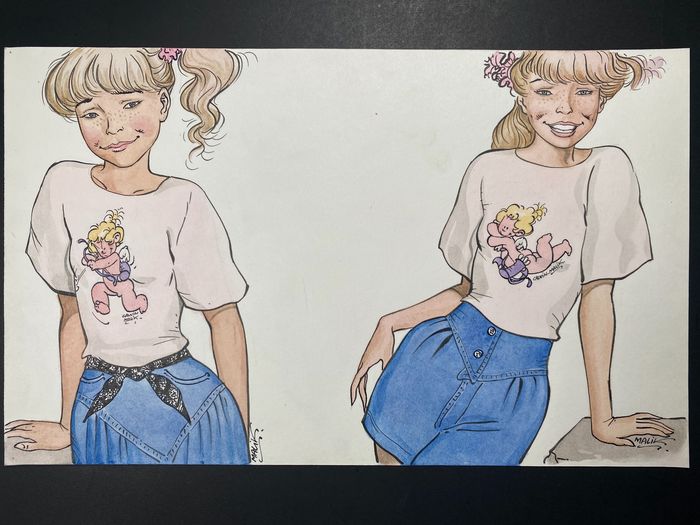 Born in Paris, William Tai spent his first year in Indochina, and then emigrated to Belgium. He attended the Royal Academy of Fine Arts in Brussels, and made his comics debut in Tintin with the story 'Minuset' from a script by Jean-Marie Brouyère. His association with Spirou began in 1970, and his first contributions were some 'Belles Histoires de l'Oncle Paul'. A year later, and again with Brouyère, he created 'Archie Cash', a hard-boiled action character with the looks of Charles Bronson. While working on 'Archie Cash', Malik additionally drew such stories as 'Blue Bird' (1977, scripts by Terence and Brouyère), 'Chiwana' (1979, with his own script) and the humorous 'Big Joe' (1978, text by Bom). The latter also appeared in Super-As. For the publishing house Archers, he created 'Johnny Paraguay' with Terence from 1983 to 1985. In 1989, he made a comic adaptation of Bernard Clavel's 'Les Colonnes du Ciel' for Éditions Lefrancq. Since the late 1980s, Malik has shifted his focus on humorous comics. After the gag series 'Plombier' and 'La Vie Secrète des Poubelles' with writer Dugomier, he launched his best known series, 'Cupidon', with Raoul Cauvin in 1988. Text (c) Lambiek
Go to Malik's page 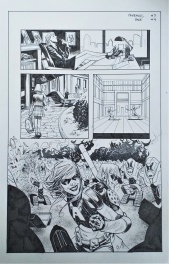 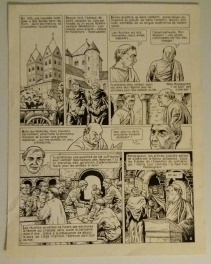 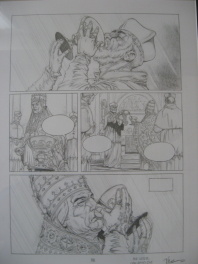 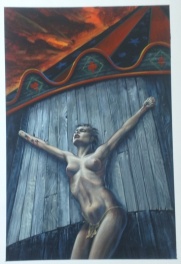