Artwork for sale by MorgnThorg
See MorgnThorg's art for sale 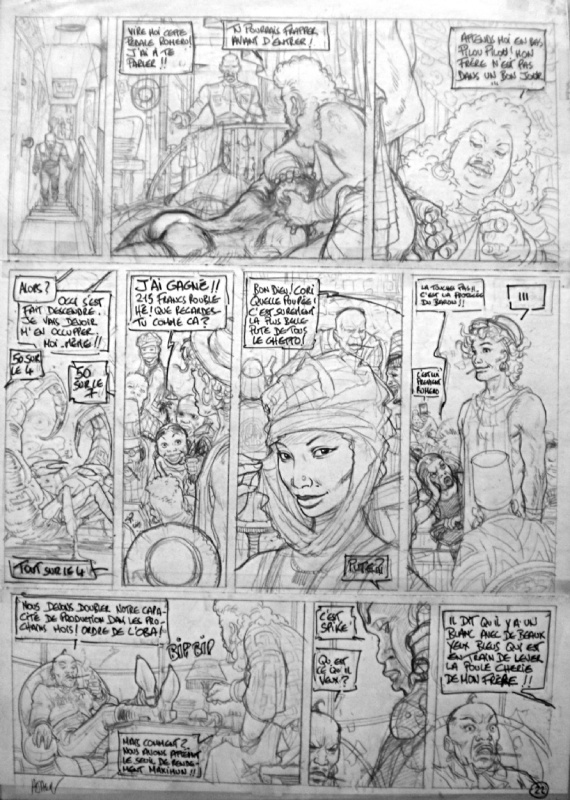 Philippe Adamov was born as Philippe Adamoff in London, UK, but he eventually settled in France. He studied briefly at the École Estienne art school and then found employment with Studios René Laloux. After a promising start as a science fiction illustrator in Paris, Adamov found his way to comics with the fairytale-like 'Seule au Monde' published in Okapi in 1983. Soon he made his name with the samurai series 'Le Vent des Dieux', that was written by Patrick Cothias and published in Vécu from 1985. After five episodes, he handed over the artwork to Thierry Gioux. Also with Cothias, he conceived 'Les Eaux de Mortelune', a dynamic science fiction story set amidst the ruins of a post-apocalyptic Paris, that was published by Glénat between 1986 and 2000. Between 1993 and 1997, he made the science fiction trilogy 'Dayak' for the publishing house Glénat. For the same publisher, he launched 'L'Impératrice Rouge' with writer Jean Dufaux, another post-apocalyptic series, that was inspired by the movie by Josef von Sternberg. It ran from 1999 to 2003. Adamov moved to publisher Albin Michel in 2004 for the creation of 'La Malédiction de Zener', which he created with Jean-Christophe Grangé until 2009. He returned to Glénat in 2012 to create his next project with Jean Dufaux, the sci-fi series 'Dakota'. Text (c) Lambiek
Go to Philippe Adamov's page
Remove from favorite artists  Add to favorite artists
To leave a comment on that piece, please log in