Artwork for sale by BDNEO
See BDNEO's art for sale

Roger Bussemey worked in an aviaton factory before he was employed by an animation studio in 1943. In 1946 he published his first comics in the "big press" (Le Parisien Libéré, L'Humanité). Also, he drew 'Grand Nord' and 'Sergent Joë' in O.K., and illustrated several small comic books for Éditions Montsouris with characters like Bob, Sylvestre, Zidore and Clodo. From 1948, he drew 'Woopy' in Pierrot, and his work appeared in magazines like Lisette, Rustica, Jocko and Jean Bart. Starting in 1957, he was present in Line with the C. Fournier scripted 'Bergamotte' and 'Jane Stone'. In 1958, he began a collaboration with the Fleurus press group, where he created his most famous series, 'Moky et Poupy', about two Indians and their friend, Nestor the bear. The series first appeared in Coeurs Vaillants, and was continued for thirty years in Âmes Vaillantes and Fripounet. Bussemey also produced some work for the other magazines of the Fleurus group, such as J2 Jeunes and its successor Formule 1. In 1961, Bussemey created 'Tonton Barnabé' in L'Intrépide. Two years later, he illustrated the comic adaptations 'Monsieur Globe-Trotter' and 'L'Odyssée' for Tout L'Univers. Also present in Pilote from 1968, he illustrated games, short stories and the continuing story 'Les Voyages d'Ulysse'. Text (c) Lambiek
Go to Roger Bussemey's page 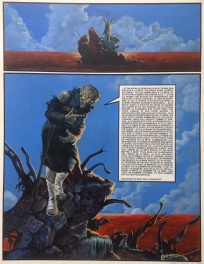 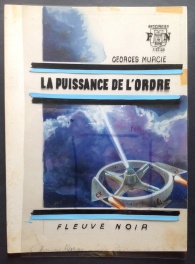