Artwork for sale by cS
See cS's art for sale 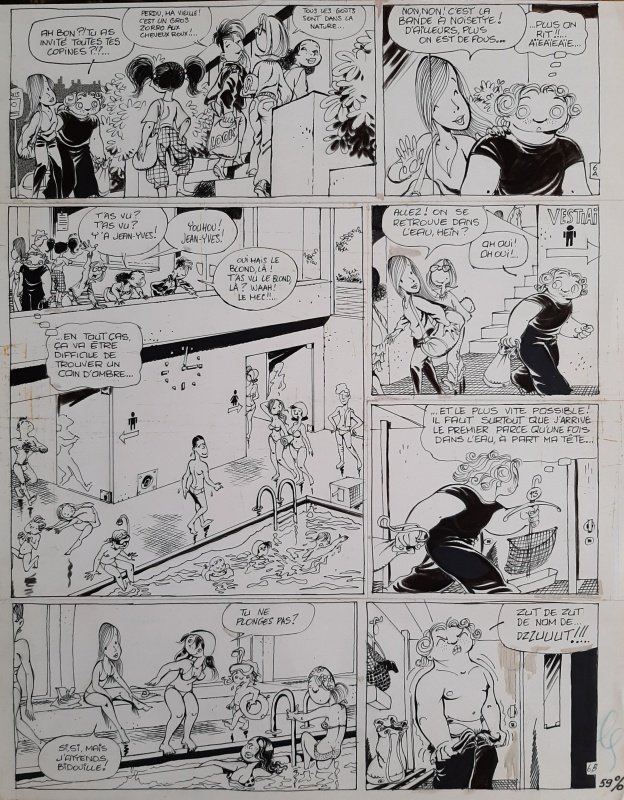 Bernard Hislaire was born in 1957 in Brussels, Belgium. Passionate about comics since he was very young, he produced his first drawings in the Robidule fanzine, and worked on his style at the Institut Saint-Luc in Brussels. At the age of 18, he joined the drawing team of the Spirou magazine, where he published a story in the section dedicated to young creators. Soon, he began a 16-page story, Le Troisième Laron. He was then supported by the best known scenarists of Dupuis, such as Raoul Cauvin and Jean-Marie Brouyère, with whom he realised various series including Coursensac et Baladin. In 1978 he launched his own characters in the Spirou magazine, Bidouille et Violette, which continued until 1985, achieving considerable success with the public. Meanwhile, he also published humorous drawings in La Libre Belgique and Le Trombone Illustré. In 1986, after having met the scenarist Balac, he created Sambre, a 19th-century saga, about an impossible love story between Bernard Sambre, a rich young man, and Julie, a farmer girl, during the 1848 revolution in France. This series was original because the graphical style used in these albums is different from the one Hislaire used before, and because the number of colours used is very restricted and centered on red. This was the first publication on which he used the name Yslaire.
Go to Bernard Hislaire's page
Remove from favorite artists  Add to favorite artists
To leave a comment on that piece, please log in

Other sales from cS